All about blue light, eye strain, and gaming glasses.

What is Blue Light?

Blue light is a wavelength of light emitted from the sun, and from artificial lighting & devices, in the range of about 380-500nm on the UV spectrum.

Blue light is one of the shortest but highest energy wavelengths on the light spectrum. Blue light flickers easier and for longer than other colours/types of weaker wavelengths.

The flickering from blue light creates a glare that reduces your visual contrast, affecting clarity and sharpness – causing havoc on your eyes and brain. 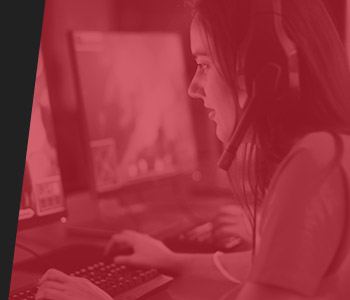 We believe that when gamers can play unaffected by digital eyestrain,
they will not only feel better but also play better too. 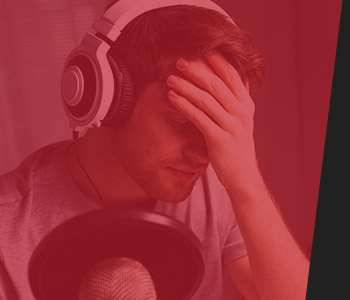 Digital Eye Strain is a term for the collection of symptoms associated with using digital devices or screens for extended periods of time.

Most often experienced in the workplace, particularly office jobs, we have also been hearing more and more complaints from gamers & streamers about these symptoms.

By utilizing blue light blocking eyewear such as AG Shrouds, you can reduce these uncomfortable symptoms and focus on the game instead of being distracted by discomfort.

Q: What Do Gaming Glasses Do?

The main purpose of gaming glasses is to reduce digital eye strain, sometimes also known as computer vision syndrome. You know that sore, tired eyes feeling that comes with blurred vision, fatigue, headaches, and even trouble getting to sleep? Yeah, that’s digital eye strain. It’s caused by too much exposure to blue light (from monitors, TVs, laptops, phones, tablets, LED lighting – yes even your PC case & keyboard lighting.) Since gaming is a hobby & profession that is measured in hours and not minutes, gamers are particularly at risk of experiencing digital eye strain due to the increased exposure to blue light.

Q: How Do Gaming Glasses Work?

When you look at a monitor or TV for an extended period of time, your eyes can become strained and sore. This is because of the blue light being emitted from the screens. Consider a setup where you’re using multiple monitors, plus LED-lit accessories – and you’re increasing the amount of blue light you’re exposed to. Gaming glasses use UV-protecting, blue light blocking lenses to reduce the amount of blue light you’re exposed to while gaming, and reduce or prevent digital eyestrain, keeping your eyes feeling less strained & more comfortable. When you hold a pair up to the light, you can actually see the blue light being reflected away in the front of the lenses.

Q: Are Gaming Glasses Worth It?

This is one of the first questions and barriers to purchasing that most gamers have: Why should I spend as much as the cost of a new AAA title on some flashy glasses? It all comes down to how much you value your comfort and wellbeing. For a one-time cost, you can experience better eye comfort and reduced eye strain right away. If you don’t really experience eye strain – it might still be worth considering to ensure you don’t start experiencing any uncomfortable symptoms in future. We find most people feel the cost of gaming glasses is justified within the first couple of weeks of using them.

Q: Do You Have Prescription Gaming Glasses?

Currently we are not able to offer prescription gaming glasses. However, if you hit up our contact form and send us a message about prescription lenses, we will add another vote for our development team to assess if we add this option in future.

Avatude Gaming is the home of AG Shrouds – Gaming Glasses that block blue light from screens, protecting gamers from digital eyestrain, allowing them focus more on the game at hand and play at their best.

Menu
We use cookies to ensure that we give you the best experience on our website. If you continue to use this site we will assume that you are happy with it.OkPrivacy policy